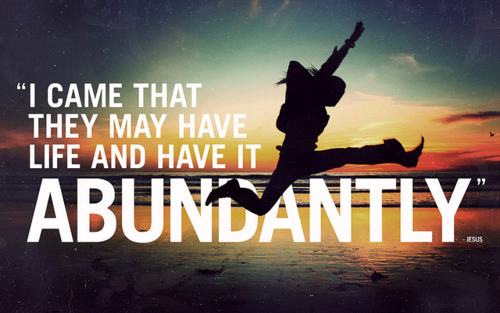 The following scriptures will help you live to a ripe old age. Obey His word and you will enjoy a long life, and a healthy fulfilling maturity.

Exodus 20:12 – Honor your father and your mother, that your days may be prolonged in the land which the LORD your God gives you.

Ephesians 6:2-3 – Honor your father and mother (which is the first commandment with a promise), so that it may be well with you, and that you may live long on the earth.

Genesis 16:16 – Abram was eighty-six years old when Hagar bore Ishmael to him.

Genesis 17:1 – Now when Abram was ninety-nine years old, the LORD appeared to Abram and said to him, “I am God Almighty; Walk before Me, and be blameless.

Genesis 21:5 – Now Abraham was one hundred years old when his son Isaac was born to him.

Genesis 24:1 – Now Abraham was old, advanced in age; and the LORD had blessed Abraham in every way.

Genesis 25:8 – Abraham breathed his last and died in a ripe old age, an old man and satisfied with life; and he was gathered to his people.

Genesis 50:26– So Joseph died at the age of one hundred and ten years; and he was embalmed and placed in a coffin in Egypt.

Exodus 7:7 – Moses was eighty years old and Aaron eighty-three, when they spoke to Pharaoh.

Numbers 33:39 – Aaron was one hundred twenty-three years old when he died on Mount Hor.

Deuteronomy 4:40 – “So you shall keep His statutes and His commandments which I am giving you today, that it may go well with you and with your children after you, and that you may live long on the land which the LORD your God is giving you for all time.”

Deuteronomy 34:7 – Although Moses was one hundred and twenty years old when he died, his eye was not dim, nor his vigor abated.

Joshua 14:10 – “Now behold, the LORD has let me live, just as He spoke, these forty-five years, from the time that the LORD spoke this word to Moses, when Israel walked in the wilderness; and now behold, I am eighty-five years old today.

Joshua 24:29 – It came about after these things that Joshua the son of Nun, the servant of the LORD, died, being one hundred and ten years old.

Judges 8:32 – And Gideon the son of Joash died at a ripe old age and was buried in the tomb of his father Joash, in Ophrah of the Abiezrites.

1 Chronicles 29:28 – Then he (David) died in a ripe old age, full of days, riches and honor; and his son Solomon reigned in his place.

2 Chronicles 24:15 – Now when Jehoiada reached a ripe old age he died; he was one hundred and thirty years old at his death.

Proverbs 3:16 – Long life is in her right hand; in her left hand are riches and honor.

Psalm 71:9 – Do not cast me off in the time of old age; Do not forsake me when my strength fails.

Psalm 92:14 – They will still yield fruit in old age; they shall be full of sap and very green,

Luke 1:36 – “And behold, even your relative Elizabeth has also conceived a son in her old age; and she who was called barren is now in her sixth month.